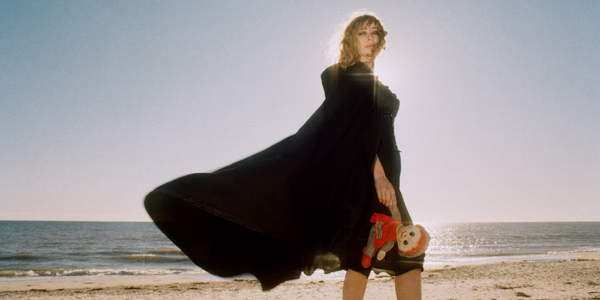 A now singer/songwriter from Adelaide, South Australia-she grew up in the isolated mining town of Roxby Downs. A shift to city living in her pre-teens caused feelings of nostalgia and loneliness to arise and she found solace in the company of her favourite music.

The buzz around Day began in earnest after the release of her debut single, ‘Why is She So Beautiful?’, which gained her the coveted spot of Feature Artist on triple j’s Unearthed. Since then her songs ‘Rabbit Hole’ and ‘Signals’ received full rotation on triple j and were featured on Spotify’smost noteworthy playlists-catching the hearts and ears of many with over 1million streams across Spotify. She hit Top 15 most played Australian artists across all radio for multiple weeks with ‘Affection’. The infectious tune peaked at #5 on the Shazam Discovery Chart and made the Top 10 triple j Most Played list. Her snowballing success collimated in a sold-out headline tour as well as joining Spacey Jane for their 2021 sold-out national tour, Amy Shark, Holy Holy and King Stingray.

A dynamic performer and lyricist, Jess Day is bringing her EP tour on the road in February 2023 with Platonic Sex as support!