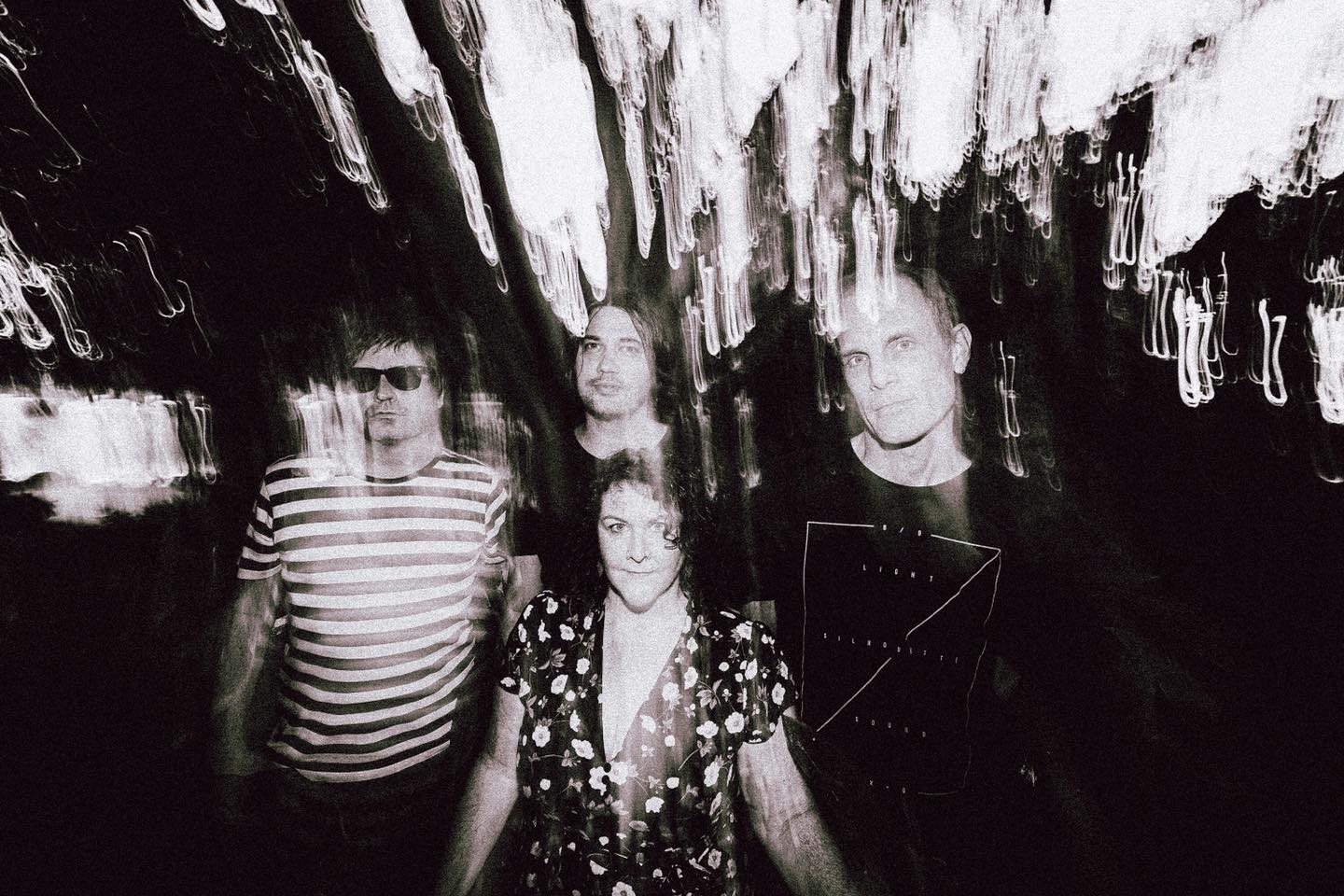 Screamfeeder are the band you grew up with, whose songs are imprinted into the DNA of every music-lover who came of age in the 90’s and 00’s.

A band of eternally-youthful fuzz-pop darlings who have continued to play together for 30 years and somehow have not only gotten better, but have become even more loved. A band that combines loud with beautiful, intense with joyous, chaotic with precise and pulls it all together in a way that very few acts ever manage.

Two tours cancelled in the last two years mirrors most musicians’ recent experiences, but 2021 saw Tim and Kellie write a bunch of new songs, their first set since 2017’s Pop Guilt, and the band regrouped to create a new album. Entitled simply Five Rooms, it was recorded in Brisbane and is due for release in May 2022. It’s another Screamfeeder classic, mixing sharp pop hooks with slower wall-of-guitar anthems, a record unlike anything else on offer at the moment and proof that great songwriters never lose their touch.

Five Rooms was recorded in lockdown at Airlock Studios with producer Anna Laverty (Courtney Barnett, Camp Cope). Mixing was completed by US engineers Beau Sorenson (Superchunk, Bob Mould) and Travis Harrison (Guided By Voices, Built To Spill), who have delivered a thoroughly modern rock record that fairly bursts out of the speakers.  The album features a 50/50 split of Tim and Kellie songs, highlighting their songwriting chemistry as well as differences. Kellie’s songs are epic, hypnotic and grandiose. Tim’s are short, sharp and punchy. All the songs have a raw, immediate feel; after 30 years you can tell Screamfeeder really like standing in a room, rocking out together.

The first single will be released in March. Album launch tour dates are as follows:

Screamfeeder believe in writing good songs and performing them like their lives depend on it. These shows will be the proof of that – make sure you’re up the front!