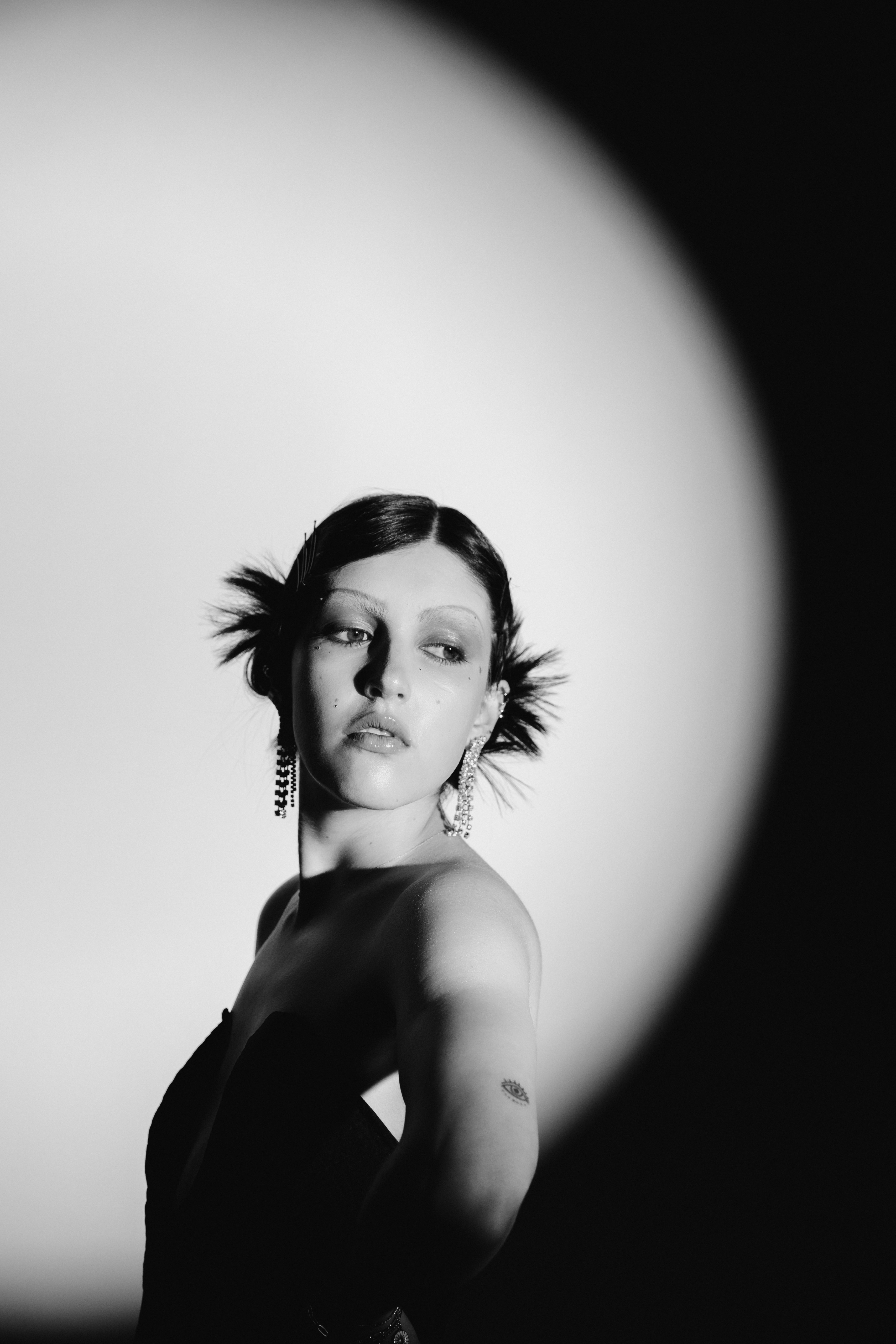 23-year-old Adelaide singer-songwriter Stellie returns to the spotlight today with a bewitching new track ‘Violet Girl’. Layered with cinematic soundscapes of electronica, dark pop and punctuated by Stellie’s intense fiery lyrics, the sentiment behind the song is simple but weighty - a plea for a loved one not to stray.

On the new single, Stellie says the inspiration came from Dolly Parton’s ‘Jolene’. “It’s that idea of not being able to compete with someone so beautiful, and just hoping they don’t come along and steal your lover. Originally the lyric was going to be ‘Violent Girl’ but I thought that sounded just a bit too intense. Sonically, I wanted to match that intensity and create a track so feverish and fiery, you have to listen over and over again to fully absorb every single sound. Violet Girl could be anyone - anyone with a look so captivating they make heads turn.”

Produced by global songwriter Alex Markwell (Elliphant, Kita Alexander) with mixing and mastering by Becki Whitton (Banoffee, G-Flip, Tash Sultana), the confessional track was recorded at The Aviary Studio in Melbourne. It follows Stellie’s singles ‘How Do We Look So Good’ (#1 on Shazam Discovery chart), ‘22 Pieces’ and ‘Bullet Through The Heart’ which all received high rotation on triple j.

“Just like most tracks I write with Alex Markwell, ‘Violet Girl’ came together quite quickly and seamlessly. We wanted to push the sonic boundaries and make something a little more unconventional compared to my other songs. I think the word to best describe Violet Girl is hectic. With layered synths, heavy bass and crunchy guitars, it becomes a symphony of emotional and heartfelt anger.” Stellie

In 2019 Stellie was a Feature Artist on Triple j Unearthed and she released her self-titled debut EP in August last year to much acclaim from NME, Rolling Stone, Pilerats, Purple Sneakers and The Music. She is managed by UNIFIED (Tash Sultana, Vance Joy).

‘Violet Girl’ arrives ahead of Stellie’s upcoming first ever headline shows on the East Coast and Adelaide in August. The tour is the first opportunity to see Stellie perform her new track and she’ll be stepping out on her own after supporting acts such as: The VANNS, Cub Sport, Winston Surfshirt, Lime Cordiale and G-Flip.

“The time has finally come to announce my first ever Headline tour. I’ve had this moment put on hold for 2 years until the world made it possible again, and now I cannot wait to show you what I’ve been working on. There's no feeling in the world that compares to watching and playing live music, and I can’t wait to bring that feeling to life again.” Stellie